Here is the glorious sound of a racing Bugatti Type 35. Click on the start button to listen. 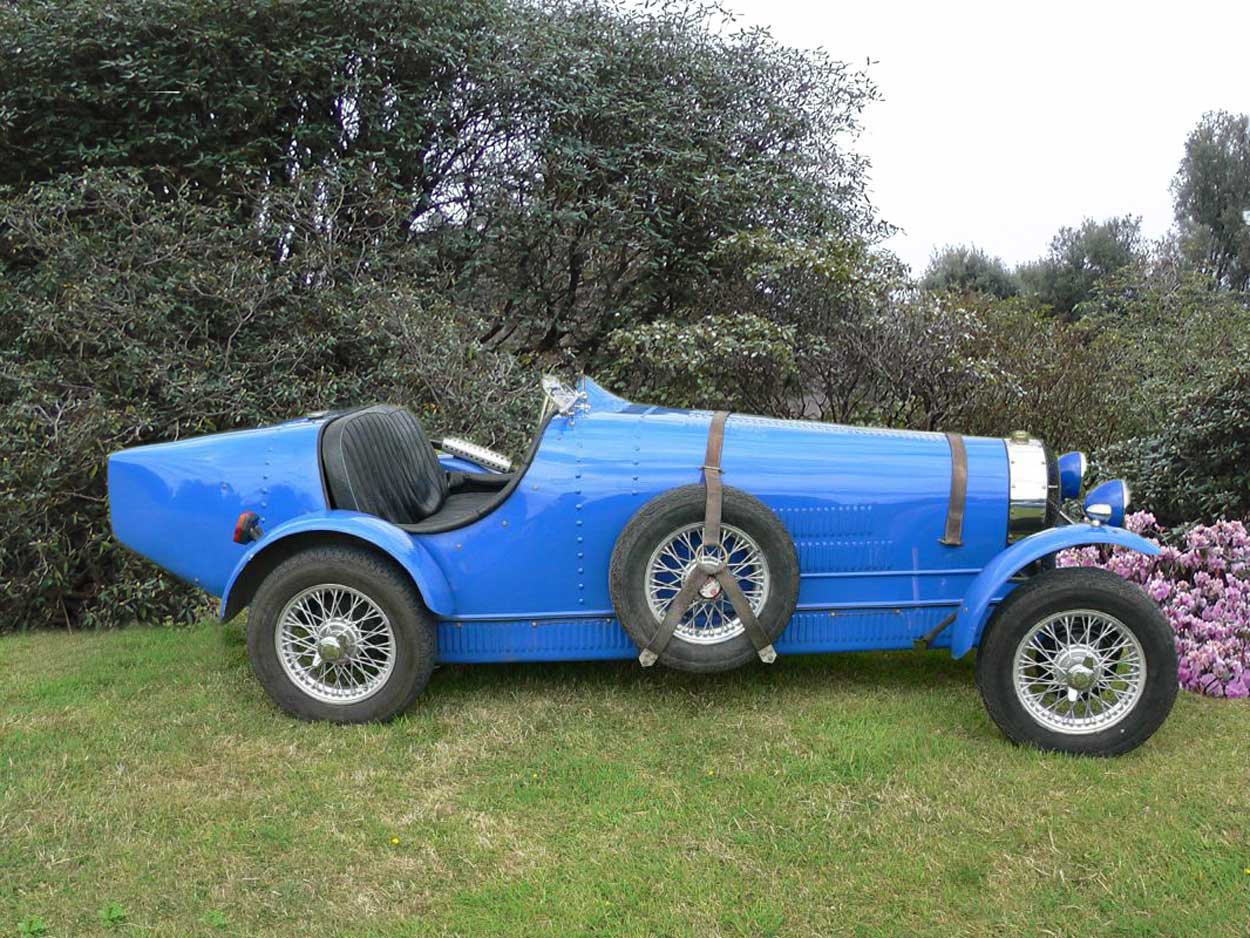 The Bugatti Type 35 was a racing racing car that is reputed to have won more than 2000 races within seven years. Which at it's peak was averaging a win in 14 races every week. That won the Targa Florio race five years in succession, from 1925 to 1929.

Targa Florio ? What on earth is that? Back in the early 19th century this was one of Europe's most important races and was run on three laps around the mountains of Sicily. This was one very tough race with steep climbs, hairpin bends, treacherous mountain roads, variable and often severe weather conditions. To even complete the course was an achievement. To win the race was a huge honour.

To win it five years on the trot was simply unbelievable, and showed that the car was not only fast and powerful but also had enough torque at low revs to climb the highest peaks, enough braking power to safely get around sharp bends at the end of steep slopes, enough roadholding to stay stable under the worst mounting conditions and reliable enough to take all this in it's stride. In between it won the 1926 Grand Prix world championship.

Despite all this it was a street legal car which could be driven on the road as well as on the race track. It is no wonder that many Bugatti enthusiasts look at the type 35 as being the finest car that Bugatti ever created.

Launched at the Lyon Grand Prix in 1924 it originally had a straight eight cylinder engine of 2 litre capacity with three valves per cylinder and an overhead camshaft. It could rev up to 6000 rpm which at the time was exceptional. Power output was 130 brake horsepower; maximum speed was 125 mph with nought to 60 acceleration within seven seconds. And this was not just a fast car; the handling was superb with precise steering.

Some weight paring helped performance. Alloy wheels were a rarity at the time but they were fitted to the Type 35. The front axle was hollow, to save further weight and the front springs passed through this axle rather than being bolted to it. The prevailing wisdom at the time was that racing cars should be heavier since this was thought to improve roadholding; Ettore Bugatti felt the opposite was true, and was proved right.

Throughout it's production life the car went through numerous changes including different engine sizes, and supercharging helped the Type 35B win the 1929 French Grand Prix, which was not only one of the oldest races in the world but also one of the most dangerous.

The car was not perfect however. At a time when other racing car manufacturers were fitting hydraulically operated brakes to their cars, Ettore Bugatti still for some reason preferred cable operated drum brakes. There is a famous (and possibly untrue) story that when he was tackled by a customer and asked why he didn't provide better braking systems, he replied that he preferred his cars to go fast, not to stop. Whatever the truth of this is, to many people the Type 35 is the perfect 1920s racing car.